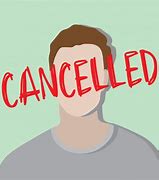 According to Wikipedia, Cancel culture or call-out culture is a modern form of ostracism in which they thrust someone out of social or professional circles – whether it be on-line, on social media, or in person.

I grew up in a simpler time. When something was broken, we fixed it, we didn’t throw it away. They taught us to look for the good in people, not the bad - even in those who hurt us. We found peace in an imperfect world by adjusting our expectations to reali. We understood that the world was not created for our pleasure. It is not about us and our satisfaction.

Today, we see statues of great men and women removed from their place of honor because of their association with an unjust cause or because of a flaw in their character. It doesn’t matter if most of their lives were exemplary - one misstep and they must go. We vilify politicians of the other party and search for a piece of their past that can be used to tar them with the stigma of evil. We remove game-show hosts and TV personalities because of an ancient Face Book post.

Several years ago, my company hosted a group of Nationalist Chinese business people at our office in San Diego. Our meeting continued into the evening. As dinner time approached, I asked the leader of the group what kind of food they would require.

“We have eaten only in Chinese restaurants since we have been in the United States,” he responded.

“Would you be open to try something different?” I queried.

At my favorite waterfront seafood restaurant, we all sat at a large table. The Chinese government official - a rather large officious lady sat directly across from me. At the recommendation of the group leader, she ordered something she had never had before - Alaskan king crab legs. 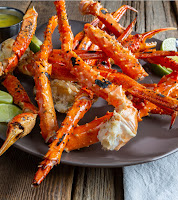 The orders came out, and our lady across the table stared down at her plate, and before I could offer some help in how to crack the shell and exhume the delicious meat, she picked up a whole crab leg - shell and all, took a gigantic bite, and began to spit out crab shells while savoring the meat inside. While her approach to eating crab legs was not what we all expected, it worked for her, and we can all learn a valuable lesson.

There are too many people today that spit out the good in others while chewing the bad.

We need to take a big bite, spit out the bad and enjoy the good.

When listening to others, look for the truth and throw away the false.

In Jesus’ parable of the "Wheat and the Tares," a man planted a field of grain and while he slept, his enemy came and sowed tares in the field. When his servants saw the tares, they asked the owner whether they should gather up the tares. The owner replied, “No because when you gather the tares you will also uproot the grain. Let both grow until the harvest, then you can separate them.” [Matthew 13:24-30]

We live in a fallen world, and as a result, life can be difficult. Peace will come only when we discover what God wants us to change and work on and then go do that.

Success is not canceling those with whom we disagree, nor remaking the world to our liking.

Happiness comes in finding and celebrating the good not the bad.