Who Stole Your Identity? 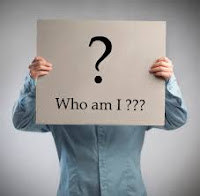 A few years ago my heart rate slowed significantly, so my local General Practitioner sent me to my heart doctor who explained that there are two kinds of heart doctors - plumbers and electricians.  He - a plumber - said I needed an electrician. The electrician rewired my heart and installed a pacemaker. Now my heart beats at a stable sixty two beats per minute.

A few days after the pacemaker installation - thinking about specialization - a thought arose that I had not considered in years. “What do I want to be when I grow up?” Finding my true identity has always been a goal. What you desire to become is all about your true identity.

If you are not rooted properly in your personal identity, it can be a fleeting thing. Psychologists explain that our identity comes to us from the people around us. They are like little mirrors reflecting back to us an image of our identity.

Well-meaning friends, family, and teachers will cause us to lose our God-given identity as they try to impose a new identity on us. As a high school sophomore, the school superintendent told me I would make a great electrical engineer. That became my identity and it was confirmed by others. So I bought into it and went to an engineering school, but was never totally sold on the idea. Well-meaning people will often impose their ideas on us.

If we lack confidence in who we are, we see ourselves as others see us. These others are often identity thieves. They can steal our identity.
Who are they?


Identity theft is a huge thing today with literally billions of dollars being lost through identity theft. Even more devastating is the theft of one’s personal identity which has been the cause of illness, suicide and emotional damage.

How do we get our identity back? An old story illustrates our point.

A master artist created a portrait masterpiece. It was so perfect that it was placed in a museum for all to see. Then the masterpiece was stolen and lost for many years. One day, as an old mansion was being torn down, the painting was discovered. It was no longer a masterpiece. Now it was covered with dirt, ripped in a few places, and its colors were faded.

The artist’s signature was intact so people realized it was that lost masterpiece, but none could remember what it had looked like. Several restoration experts attempted to bring forth its original beauty, but all failed. It was then the master artist, the one who had created the painting in the first place, came forward and transformed the ugly wreck of a painting, back to its original state. 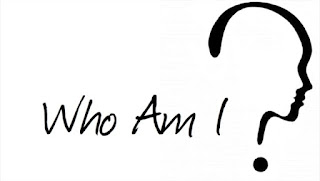 Obviously God is the master artist Who created us. He is the only one who can clean us up and restore us to the person we were created to be.
Our identity comes from Him.

How have you discovered God's call on your life? Send us a comment.

Posted by Bill Johnson - Aslan Ministries at 11:57 AM 1 comment:

Email ThisBlogThis!Share to TwitterShare to FacebookShare to Pinterest
Labels: God's call, Identity, specialists, who am I

Be Your own Church Consultant! 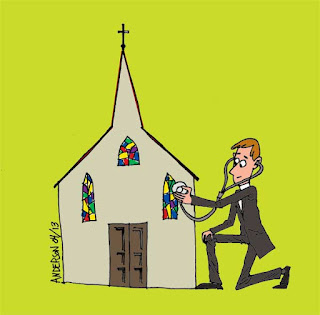 Are they worth the cost and disruption?

The CEO of a small tech company in Chicago had a vision of becoming a large presence in its market. He was a financial expert with a great track record, but had little experience in marketing and engineering. So he hired a consultant with the proper credentials.

At the time, I was a young, newly promoted, division manager responsible for new product development and compliance evaluation. With the arrogance of the young, I said to myself, “We don’t need a consultant, I can tell them what is wrong here.”

In time the consultant moved in and took a desk in the office across from me. He spent the next three weeks with a notebook under his arm, asking everybody questions. Eventually, he got to me and went through the litany of questions. Months later, his report came in and I was anxious to discover what he had discovered. I was amused and somewhat angry when I realized his recommendations were almost completely in line with what I had told him. (I began to consider a career in consulting.)

Was hiring the consultant a waste of time? Some - including myself - thought so. But now I am not sure. The advantages of hiring a consultant are:


If you want to be your own consultant you can just follow the steps listed below.


The apostle Paul was the first church consultant.

The apostle Paul was probably the most successful church planter of all time.  Converted on the Damascus road in about 33 AD, his ministry lasted for approximately 30 years.  During that time Christianity, which began as a movement within the Jewish community in Israel, became predominantly a Gentile cult, at least in the eyes of the authorities of the Roman Empire. Before AD 47 there were no churches in  Galatia, Macedonia, Achaia and Asia.  By AD 57 Paul could speak as if his work there was done. He certainly had the credentials to be a consultant.

His letters to the churches read like a consultants report.


In his letters Paul often thanks God for those things that the church is doing well, while offering prayers about those things where they fall short. Lets look at a few:

Therefore I also, after I heard of your faith in the Lord Jesus and your love for all the saints, do not cease to give thanks for you, making mention of you in my prayers: that the God of our Lord Jesus Christ, the Father of glory, may give to you the spirit of wisdom and revelation in the knowledge of Him, the eyes of your understanding being enlightened; that you may know what is the hope of His calling, what are the riches of the glory of His inheritance in the saints,

Obviously they were losing hope.

We give thanks to the God and Father of our Lord Jesus Christ, praying always for you, since we heard of your faith in Christ Jesus and of your love for all the saints; because of the hope which is laid up for you in heaven, of which you heard before in the word of the truth of the gospel,

For this reason we also, since the day we heard it, do not cease to pray for you, and to ask that you may be filled with the knowledge of His will in all wisdom and spiritual understanding;

We give thanks to God always for you all, making mention of you in our prayers, remembering without ceasing your work of faith, labor of love, and patience of hope in our Lord Jesus Christ in the sight of our God and Father,


If you as the leader are willing to ask your people two questions, you will be able to measure the state of the church.


Asking these questions will reveal much.

Several years ago we became the pastor of a church that was divided by controversy. After six months, we called a meeting of all the leaders. We broke them into three small groups sitting around tables and asked these two questions.

The response to question 2 was “More Love.”

We then asked each table to put together a list of things that could be done to have more love in the body. We did not have to make any official rules or take any actions to increase love. Just highlighting the feelings that the church body lacked love had its effect.

A year later we asked the same two questions.

This time Love was the answer to question number one. In one year there had been a significant change.

Consultants can make us aware of our weaknesses. When we know what they are, we are able to transform our weaknesses to our strengths, with or without a consultant. 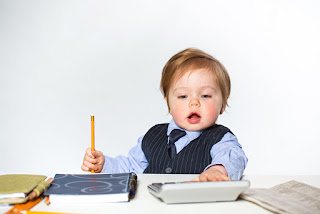 Posted by Bill Johnson - Aslan Ministries at 3:41 PM No comments: