“Three ways to Change Your World?” 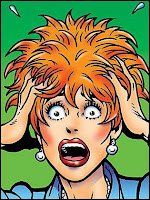 You can change your world.


Our lives are a series of events – some we control, and others we cannot. Stuff just happens. We cannot change the event, but we do have control of how we react to the event, and our reaction will determine the atmosphere. Will it be hot, cold, or warm and cozy?

Here are three ways to transform the world around you:

1.     Be Generous:
A few days ago we pulled into the Starbucks drive-thru lane behind about a dozen cars. Patience is 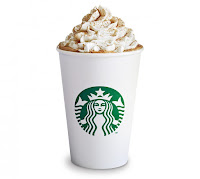 not one of my virtues. But it was a nice day, cold but the sun was out, so we patiently waited our turn. There was one car that seemed to take an inordinate time to place its order. We finally placed our order at the squawk box and waited patiently to get to the pick-up window.  The Starbucks app on my phone was not working so I dug out a credit card to pay for my “Vente Americana” and Rita’s “Tall Mocha.” As I tried to pass the card to the barista, she informed me that our drinks had already been paid for by the customer who preceded us. She smiled and asked if we would like to treat the folks behind us with the same courtesy. “Sure, why not? It is Christmas Eve.

It is unclear who had started the gift chain, the barista or some earlier customer, but I would guess the givers outnumbered the takers. The Christmas season is noted for the thought of giving to others. Our kids blew us away with their gifts for us this year.
2.     Be Courteous:

While in college in Atlanta, I would visit my girlfriend several miles from campus. Exiting the freeway, there was a stop sign at the end of the off-ramp, which I often totally ignored. One day I got caught and given a traffic ticket. The judge gave me a choice between paying a fine or going to traffic school. Lacking funds, I opted for the school which consisted of a three-hour lecture accompanied by the obligatory gruesome movie showing the results of bad driving. But the most interesting thing was they gave me a small decal that said, “COURTESY IS CONTAGIOUS”
Sticking the decal on my dashboard, I decided to test it out whenever I had the chance. It was amazing. Most of the time, whenever I acted courteous to another driver, they, in turn, acted courteous themselves. Courtesy is contagious. By the same token, being discourteous or angry can lead to road rage, fights, and wars.
3.     Don’t take it Personal: 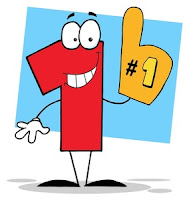 Driving to work one day, I was distracted thinking some deep thought and accidently cut off a furious young woman who immediately expressed her anger by showing off the nail polish on the middle finger of her right hand. I could have gotten angry and responded with similar heat, but I knew I was at fault and repentant. Rather than react negatively to her sign of contempt, I was impressed by the dramatic splendor she displayed. Over the years, I have seen many vulgar displays of anger, but the aplomb with which this lady responded to my carelessness was in a category by itself. I had to admire her dynamism.
When someone gets upset or angry our tendency is to take it personally and fight fire with fire. But, over many years, I have learned that people often strike out because of some internal issue.

Proverbs 15:1 (NKJV) A soft answer turns away wrath, But a harsh word stirs up anger.

Posted by Bill Johnson - Aslan Ministries at 10:05 AM No comments:

Leading Your Ministry To Financial Health

Posted by Bill Johnson - Aslan Ministries at 11:03 AM No comments:

A Focus On The Future

Each December, I try to take time away to pray and plan for the coming year. But this year I received no clue about 2016. Sure, there was the normal stuff - losing weight, getting more exercise, and spending more time with family and friends – but I was getting no vision or goals for the coming year.

Then, on New Year’s Day it hit me.

Your purpose in life - and mine - is to be used by our Creator to do His will here on earth. He will use our past experiences as preparation for our divine role. [Everybody has a divine role.] My dilemma this year was choosing between two or three opportunities.

So I began to look back on my life for a clue of what God prepared me for. The first half was spent in a purely secular environment, striving to climb the corporate ladder, and manipulating people and situations to my own advantage. While deemed successful in the eyes of the world, something in my life was missing. It was then that the Lord came into my life through the efforts of my wife Rita and a loving church family on Mississippi’s gulf coast. As my devotion to God increased, my business success also increased and we moved to San Diego and built a successful international consulting business. At the top of the business mountain, the Lord called me to make a decision. I could continue in my present life dividing time between business and ministry, or enter fully into His service. We chose the latter.

A number of divine encounters caused us to move to the Seattle area and accept a part time secular position - to pay bills - while entering the ministry. Soon I entered seminary and held three unpaid ministry positions. As a regional director for a renewal ministry, we consulted with churches and their leaders. As part of an evangelistic ministry, we helped lead conferences in around the country. All the while we continued to minister in a local church. One day while driving to work, I felt the Lord ask me if I was enjoying all of this. My answer to Him was a resounding, “Yes!” My heart fell when He told me I had to choose one and get rid of the others. I 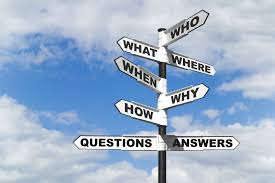 responded, “Okay, but can I wait for a while?” Soon we let go of the secular position, the regional director position and began to plant and lead churches where we could minister to all of God’s people.

As the year 2016 begins, the Lord told me again that I have been too scattered and trying to do too many different things all at once. But this time, He did not give me a choice. My role has been to encourage and equip the church and its leaders to become all that God created them to be. God prepared me for this throughout my entire life. In the first half, He taught me to plan, motivate, and lead people to accomplish a common purpose. In the second half, He showed me the difficulties that ministry leaders face and has given me the tools and the heart to encourage and equip God's people and their leaders. Therefore, that is to be our focus for the foreseeable future, and the it is the specific focus for 2016.

This is not a change in direction, but a refocus on our true purpose. Our websites, blog, and five books, all are focused on equipping God's people, ministers, and leaders to be the best they can be. While these resources are also useful to leaders of secular organizations, our focus will continue to be on those who minister in the name of God.

In 2016, we plan to develop additional resources to better use social media to reach out to our target audience and provide the resources they need in a form that will best suit their busy schedules.

Please provide any comments or suggestions you might have for us at this time.

If anyone is confused about their God-given purpose, please read our book "Destiny."

Posted by Bill Johnson - Aslan Ministries at 2:17 PM No comments: