(This is an excerpt from my next book, "Heal Like Jesus." - to be released this summer) 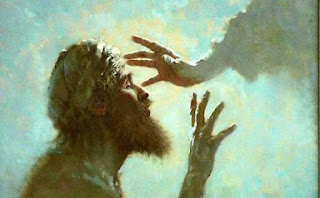 What is the role of faith in healing?

The Biblical accounts of Jesus’ healing ministry put a great deal of emphasis on faith. But faith means different things to different people. There is a lot of confusion, bad theology, and abuses in many healing ministries today. There seems to be different understandings of the word “faith,” and in the requirements for receiving healing. Many faith healers put the onus on the sick person declaring that they must have enough faith to be healed. When they are not healed they often blame the sick person for a lack of faith. There are many possible reasons why a person is not healed.

We do read throughout the Gospels of Jesus telling healed people that it was their faith that made them well and we also read where Jesus not able to accomplish miracles in some places because there was a lack of faith. Obviously, faith is important. 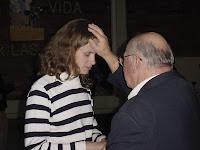 Looking upon the scriptural passages of Jesus healing ministry we see faith manifested by different people at different times with the same results, people were healed. In some cases, the sick person had enough faith to approach Jesus - notably the woman with the issue of blood. In other cases, friends had enough faith to take a sick or blind person to Jesus for healing. In the case of the paralytic at the pool of Bethesda, Jesus was the only one that had faith. Yet all of these people were healed. We see also where the lack of faith required taking a blind man out of town for prayer and removing doubters from the home in order for Jesus to raise Jairus’ daughter from the dead.[Mark 5]


The Greek word translated as “faith” is “pístis,” which has the understanding of “confidence,” “certainty,” or “trust.” Other uses of the word could be “trustworthiness,” and “guarantee” or “assurance” in the sense of a pledge or oath with the two nuances of “trustworthiness” and “proof.[Theological Dictionary of the New Testament: Abridged in One Volume.]”

Faith can also represent a belief system, such as a person of the Christian Faith. But we do not have any indication that right theology is a requirement for being healed.

To the blind man,[Matthew 9:28-31] Jesus asked, “Do you believe I am able to [heal]?” When the blind man responded positively Jesus healed him.

When the woman with the issue of blood [Mark 5:28-34] touched Jesus robe, she was healed. Jesus told her, “your faith has made you well.”

On and on we see similar instances of Jesus healing and pronouncing that faith was responsible for their healing, but there are instances where He healed when Jesus alone believed, such as the High Priest’s servant in Luke 11:50-51.

When Jesus returned to His hometown, He was amazed at their lack of faith. He found that He could not do any miracles, but He did lay hands on a few people to heal them.[Mark 6:4-6] Jesus was always willing to heal those who came to Him with faith.

There is an important passage in Matthew’s Gospel that helps us understand the role of faith in healing. A certain Roman army commander, a centurion, came to Jesus and asked Him to heal his servant.[Matthew 8:8-13] He didn’t ask Jesus to go to the servant, he merely asked Jesus, “only speak a word.” 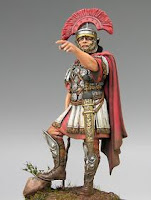 As a soldier, he understood authority. As a commander, he would speak orders and the troops would obey. He Recognized Jesus’ authority to heal and knew that whatever Jesus ordered would be accomplished because He had authority to heal.  Jesus marveled at the soldier's faith and told the crowds following Him that He had not found such great faith, not even in Israel.

So He told the Roman commander, “Go your way; and as you have believed, so let it be done for you." The servant was healed within the hour. In essence, the centurion had the certainty that Jesus had the authority and the ability to order the healing of his servant, and it would be accomplished.

We do not know the relationship between the Roman leader and Jesus. He was probably not a follower of Jesus, but we do know that he understood authority, and he knew Jesus had the authority over sickness. This was faith in Jesus’ ability to heal. Did Jesus decide to heal the centurion’s servant because of the soldier’s faith or was Jesus able to heal because of the existence of that great faith?

Over many years of praying for the sick and oppressed, we have noted that Christians raised in an authoritarian system have a far better chance of receiving their healing. Does this mean there is a connection between a hierarchal system and faith? Empirical evidence points that way and it certainly worked with the centurion. Accepting the authority of the Father, Son, and Holy Spirit is a matter of faith. We note that Jesus honored the centurion’s faith even though his faith was based on authority rather than love. Is it possible that the Post-Modern’s rejection of authority has affected the ability of some churches to heal?

Rejecting the authority of God today is akin to the lack of faith that kept Jesus from performing miracles in Nazareth.


Some of the leaders of the so-called “Faith movement” misuse the issue of faith. Some have taught that God must respond to our prayers because we speak them in faith.  In the “hyper-faith" doctrine, it is faith that effects changes not God. Christian author Hank Hanagraaff has openly criticized this movement and writes;[Hanegraaff, Hank, Christianity in Crisis, Harvest House, Eugene, Oregon, 1993, pp66]

"Words are containers that carry the substance of faith.  In Faith theology, if you speak words of faith, you activate the positive side of the force; if you speak words of fear, you activate the negative side of the force.  In faith vernacular, this is called 'making positive or negative confessions.'  The Faith movement would have us believe that everything that happens to us is a direct result of our words."

A scripture that is often quoted (in part) by the hyper-faith community relates a conversation between Jesus and His disciples where He tells them that if they do not have a doubt in their heart, they can speak to a mountain and it will move into the sea. [Mark 11:22-24] Then Jesus adds, “Whatever things you ask for when you pray, believe and you will have them.” They pass over verse 22 which requires a faith in God, not a faith in their words.

In some of his epistles, the Apostle Paul commended the people for their loyalty to Christ.[Romans 1:8; Ephesians 1:15; Col. 1:4]  Faith in its simplest form is unshakable and unchanging loyalty to Father, Son, and Holy Spirit. Faith is confident Hope[Hebrews 11:1]. Faith is betting your life there is a God. Faith is also a true belief. 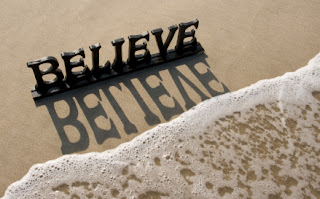 The Apostle writing to the Hebrews tells us that faith requires two things; 1) Believe that God exists, and 2) believe that He rewards those who earnestly seek Him.[Hebrews 11:6] But there has to be a significance to this belief, It must mean something, the significance of what we believe causes us to act in certain ways. Faith is not just the acceptance of beliefs. Faith must result in action. Abraham left his comfortable hometown, not knowing where He was going, to follow God’s call.  He took God absolutely at His word, When God promised, and commanded Abraham moved.

Faith is complete trust and complete surrender to Jesus Christ, acceptance of all He offers, and all that He is. It is our approach to God - in complete confidence - that all He has said and all He has done are absolutely true. The only way to a right relationship with God is to take Jesus at His word and to cast ourselves on His mercy. That means accepting His authority.


How much faith do we need to receive healing?

The faith of a mustard seed while we faithfully follow the Lord.

Posted by Bill Johnson - Aslan Ministries at 3:24 PM No comments: