Is Your Gospel Really Good News? 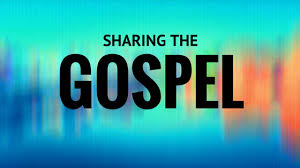 An ancient Greek myth describes runner, Pheidippides, making the twenty-five-mile jaunt from Marathon to Athens with the message of Athenian victory over the Persian forces of Darius I. As the runner Lay breathless at the gates of the city, and breathed his last, he gasped these words - "nenikēkamen!" 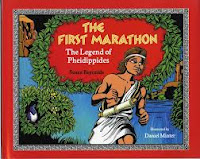 “The battle is over and we won.”
This was the birth of the marathon run - not only an Olympic event but races in every major city around the world.

The first marathoner was also one of the first evangelists. He brought the gospel to Athens - the good news of the Greek victory.

Four hundred years later Jesus, walked into Nazareth, Capernaum, and other cities of Galilee with the same message. The battle has been won, the enemy is defeated, the kingdom of God is near.  People from all over flocked to hear him teach and proclaim the Good News of the Kingdom of God.

Less than four later, Jesus was crucified, was resurrected, and ascended into heaven. He had told His followers to stay in Jerusalem until they received the Promise of the Father - The Holy Spirit. Obediently, they huddled together and prayed in an upper room in Jerusalem during the Jewish feast of Pentecost. Suddenly they were all filled with the Holy Spirit. Jewish pilgrims from all over the Roman Empire were in Jerusalem and they were confused when they saw Jesus' followers acting strangely. So Peter got up and explained what had just happened.

“These men are not drunk, as you suppose. It's only nine in the morning! No, this is what was spoken by the prophet Joel: 'In the last days, God says, I will pour out my Spirit on all people. Your sons and daughters will prophesy, your young men will see visions, your old men will dream dreams. Even on my servants, both men and women, I will pour out my Spirit in those days, and they will prophesy. I will show wonders in the heaven above and signs on the earth below, blood and fire and billows of smoke. The sun will be turned to darkness and the moon to blood before the coming of the great and glorious day of the Lord. And everyone who calls on the name of the Lord will be saved.’” [Acts 2:15-21 (NIV)]

38  Then Peter said to them, "Repent, and let every one of you be baptized in the name of Jesus Christ for the remission of sins; and you shall receive the gift of the Holy Spirit. [Acts 2:38 (NKJV)]

As a result of Peter’s proclamation, three thousand people repented and were baptized.

Today we timidly try to share the Gospel with our neighbor and it becomes such a difficult task that we keep putting it off and putting it off. Then our neighbor dies and we condemn ourselves because we were never able to talk to him about Jesus.

Or we build up our courage and arm ourselves with Biblical apologetics so we can answer our neighbor’s questions about creation and why there evil in the world. Then we get in his face and tell him he will rot in hell if he doesn’t accept Jesus.

Pardon me, but that isn’t good news.

My wife and I were on Interstate 5 on our way from our home near Seattle to San Diego for a conference. As we approached Bakersfield, a troubling thought came to my mind. “What really is the Gospel? What is the Good News?”

The word Gospel means “Good News” but most of the time we don’t treat it as good news we treat it more as a spiritual discipline. We typically prepare our little spiel, memorize the four spiritual laws, the Roman Road, and several pertinent scriptures and set out to meet someone at Wally World or Micky D’s.

When the Greek evangelist left Marathon for Athens, he was bubbling over with excitement and enthusiasm because of the message of victory he was carrying. As he fell at the feet of the crowd in , he wasn’t concerned whether they would receive his message. With his last breath, he joyfully gasped out the news that Athens was safe, the enemy had been defeated.

When Jesus walked victoriously into the streets of Capernaum, He carried the Good News that the Kingdom of God was near.  He was not concerned whether anyone would reject Him.  Many did, but it did not reduce His enthusiasm for His Good News. When speaking to Jews from all over the world, Peter was not afraid of what the Pharisees and Romans might think of his Good News. And that former Christian basher, Paul, went throughout Asia and Europe proclaiming the Gospel to the Gentiles while being run out of town, beaten and stoned, and given up for dead. It did not keep him from sharing the Good News.

Why do we hesitate?

I believe that there are two reasons which are probably a condemnation of the church today.

The Good News is summed up by Peter's message at Pentecost.

Repent and be baptized, and you will receive the gift of the Holy Spirit!

Posted by Bill Johnson - Aslan Ministries at 9:19 AM 3 comments: 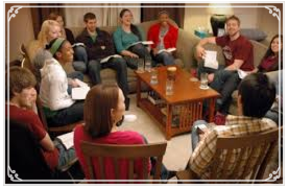 Small group meetings have become kind of a "Thing" in churches today.

Everybody seems to be doing them. But why? What is are their purpose?

If you ask pastors and lay leaders why they have small groups they will give you some mumble jumble about fellowship, church growth, or discipleship. But - in many cases - the real reason a church decides to start a small group ministry is that they have seen successful churches with small groups. We pastors and church leaders like to copy success.

Secular society has also discovered the "small group" phenomena. Manufacturing companies have incorporated small groups as a means of maintaining quality control. It was these "Quality Circles" that transformed the Japanese automobile industry in the '60s and '70s which nearly wiped out the US car industry until they too caught on.

Some see the "small group" phenomena as the result of Post Modernism, but small groups have been around for hundreds of years.

John Wesley's revival that transformed England in the 18th century and led to the Second Great Awakening in the US in the early 19th century, resulted in part from small groups. George Whitefield was a great revivalist in England and America before the Revolutionary War. According to Wesley, the great weakness in the Whitefield led awakening was the failure to draw the newly converted people into a close, corporate discipline. In a sermon in 1778 he observed that,

"...the people had no Christian connection with each other, nor were they taught to watch over each other's souls."

Methodist class meetings or societies were the focal point of the Wesleyan revival in England and were just as effective on the American frontier. Wesley quickly realized that many were coming to faith in Christ without any knowledge of how to grow in this new life. As a result, Wesley formed his movement into three different-sized groups for varying levels of spiritual growth and support.

The groups became the basic medium within early Methodism;

In the smaller sized meetings were found;

Classes, or societies, were formed in a new community by the itinerant preacher who might preach one or two days and then form a class and select a leader.

Perhaps the supreme moment in the communal experience of the Methodists came in the "Love Feasts" Each quarter all of the members in a circuit were brought together for a joint meeting. The love feasts, a part of that meeting were normally closed to all but members and usually preceded or immediately followed the sacrament of the Lord's Supper. Opportunities were given to share Christian experiences, offer scriptural verses, extemporaneous prayer and hymn singing.

Fuller Theological Seminary has done extensive research on the subject of groups in the church and has discovered several important factors, that coincide with Wesley's methods. People find comfort when three basic levels of relationships exist.

Churches that are successful provide all three of these relational experiences. Before people talked about "small groups'" the church had them but did not call them that. They called them "committees" the "choir," or prayer groups.

There is a negative side to small groups that most pastors have encountered. The first small group meeting that my wife and I attended was a gripe session aimed at undermining the pastor. We did not stay there long and eventually that group leader left the church and took most of his group with him. This happens, but is not a reason to omit small groups, it is only a reason to monitor them carefully.

The small group can become "closed" or remain "open." In a closed group, the members will grow spiritually but not numerically. An open group will grow numerically, but spiritual growth will be slow.

If your purpose is for the group to grow spiritually, you must let it close. You do not have to do anything about it because it will naturally close as people develop an intimacy.

On the other hand, if you want groups to be used to help grow the church numerically, then you must take action to keep the groups open. You will have to consider splitting them when they reach a certain number (10-12) and keep feeding new people into them.

We will continue discussing small groups in later posts.

Posted by Bill Johnson - Aslan Ministries at 10:50 AM 1 comment:

Listen with your heart! 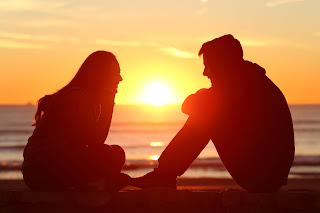 When we listen to someone, we are often more concerned with how we feel about what they are saying than we are about hearing them. We keep looking for a place to insert our story into the conversation.

When we listen with our heart, we ask questions from a vantage point of sincere interest in the other’s well-being and genuine curiosity about their experience.

When we listen to others, we give clear evidence that we value what they have to say, and therefore we show that we value them. True listening draws us closer to one another; it helps us become more whole, healthy, and holy.

Proverbs 12:15 Fools think their own way is right, but the wise listen to advice (NRSV)


James, the half-brother of Jesus, tells us to be swift to hear and slow to speak. We must listen more and speak less. How much strife and division could have been prevented if true listening had been practiced instead of hasty speech and voicing impetuous opinions.

Steps to listen with your heart. 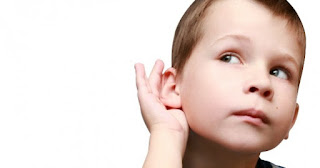 Posted by Bill Johnson - Aslan Ministries at 8:56 AM No comments: