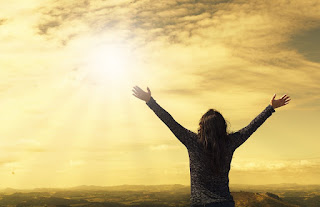 
Some have tried to define it as obeying. Obedience is surely part of loving God.[John 14:23-24; John 15:9-10] However, obedience is not loving God with all your heart, your soul, your mind, and your strength. You can obey someone - a superior officer, employer, or ruler - without loving them. Obeying God without a passion for Him is not love but discipline.  If discipline is all we have, it will fail in the end, while a man or woman in love will never give up.


Jesus says that the greatest commandment is to Love God with passion, prayer, intelligence, and energy. A lukewarm, loveless version of Christianity may succeed in propagating a little religion here and there, but it will never capture the heart of a dying world.

“God dwells in a state of perpetual enthusiasm. He is delighted with all that is good and lovingly concerned about all that is wrong. He pursues His labors always in a fullness of holy zeal. No wonder the Spirit came at Pentecost as a sound of a rushing wind and sat in tongues of fire on every forehead… Whatever else happened at Pentecost, one thing that cannot be missed by the most casual observer was the sudden upsurging of moral enthusiasm. Those first disciples burned with a steady, inward fire. They were enthusiastic to the point of complete abandon."

In a vision, Jesus told John to write a letter to the Church at Laodicea and tell them:
'I know your deeds, that you are neither cold nor hot. I wish you were either one or the other! So, because you are lukewarm--neither hot nor cold--I am about to spit you out of my mouth." [Rev. 3:15-16]


Why is it that most Christians have lost their passion and have become lukewarm? Maybe because it's not cool! So often we are too cool to be passionate. It may be the result of rationalism and modernism. Many of the early reformers worked hard to take emotionalism out of Christianity and make religion rational. 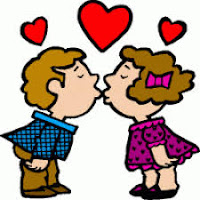 Growing up in the suburbs of Chicago, everyone had to have a nickname. Mine was “Wild Bill,” because I would try anything once. In the 4th Grade, Suzanne Schmitz’s mother would not let her play with me because I was too “Wild.” She was the first non-relative I ever kissed.


Down the street from our house were three tall elm trees spaced about twenty feet apart. They were great climbing trees. We watched squirrels playing follow the leader as they went out on a branch of one tree and jumped across to a branch on an adjacent tree. The thought came to me, "That looks like fun, I’ll bet I can do that."


There was a large branch that could hold my weight, the limb was strong enough for me to walk out and get within eight feet of a substantial limb on the next tree. So I shinnied up the first tree, stepped gingerly out on the limb. The limb was strong and supporting me. This was going to be easier than I originally thought. The branch in the opposite tree was there waiting - just a short leap away. I lept but had made a serious miscalculation and fell. As I grabbed for a large limb, all I caught were leaves and skinny branches. Holding on for dear life, I quickly fell twenty feet to the ground landing hard and breaking my tail bone. In my mind I will always want to make that leap and prove that I can do it, but the memory of the pain in my butt keeps me from making another attempt. 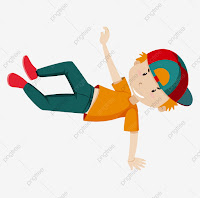 When we get hurt we tend to be more careful. Getting hurt makes us more cautious. If we get hurt often enough, we give up because we don't want to become vulnerable. That’s the way it is with love. When we love someone with all of our heart, soul, mind, and strength we become vulnerable to the object of our love who then has the ability to hurt us. When a human being hurts us, we often transfer our distrust to God.

The Early Church was  wild, they lived in wild abandon trusting God for all their needs. They expected God to act on their behalf. They prayed and saw people healed. They raised people from the dead on a regular basis. Andrew the brother of Peter was strolling along the seashore and came upon as tragic shipwreck. The dead bodies of the sailors had washed up on the shore. Overcome with sadness and compassion, Andrew prayed and asked God to raise them from the dead. God obliged.


This wild abandonment for God lasted for a few hundred years. Then the church became more respectable as Emperor Constantine made Christianity the state religion. As Christianity became “Safe,” the wild ones moved out to the deserts of Egypt and Arabia.


Much of the Church has become “Functional Atheists” A “Functional Atheist” is someone who says he believes in God, but lives his life as if God did not exist. A functional atheist is afraid to commit his life to God’s leadership. He attends church but does not expect God to show up. He believes God can heal but doesn’t expect Him to act. He may have God as his co-pilot, but never allows Him to take the controls. He relies on his own logic rather than the Holy Spirit.

These are Christians in name only. They try to live the Christian life, but their life is dull and without fire or power;

“… if the Holy Spirit were completely removed from the world today, 90% of the work of the church would go on as if nothing at all had happened.”  - [R.T. Kendell]

Every generation has a group of wild ones in the church.


My fear is not that our great movement, known as the Methodists, will eventually cease to exist or one day die from the earth. My fear is that our people will become content to live without the fire, the power, the excitement, the supernatural element that makes us great. [John Wesley]

“The great sin of church is not that we’ve lost the power of God, but that we’ve become content to live without it.”   - [Charles Finney]

OUR nation was founded by “Wild Ones.” Now we are apologizing for believing in the one true God.

WOULDN'T YOU LOVE TO BE FREE TO BE WILD AGAIN?

iT STARTS BY LOVING GOD WITH ALL OF YOUR HEART, SOUL MIND AND STRENGTH!

Posted by Bill Johnson - Aslan Ministries at 10:25 AM No comments: