What to do Until God Shows UP 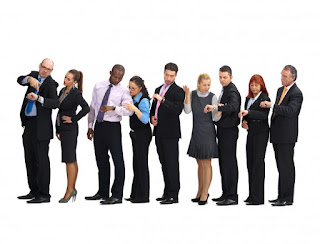 Is impatience really a deadly sin?

Waiting is not easy for me. Choosing the right line at Walmart the bank, or the DMV is - for me - an unsolved mystery, which is rarely solved correctly. Now, the local McDonalds has opened a second drive-thru line. Traffic delays are the worst. I Saw a bumper sticker the other day that read,

"The Road To Happiness Is Almost Always Under Construction."

We live in a culture of push buttons, fast foods, and instant gratification. When something interrupts that smooth, rapid flow we get testy. We just hate to wait.

We are currently in the season of Advent. “Adventus” is the Latin translation of the Greek word “Parousia,” which commonly refers to the Second Coming of Christ.

For Christians, the season of Advent anticipates the coming of Christ from three different perspectives: 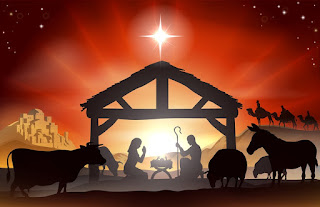 This season offers us the opportunity to share in the ancient longing for the coming of the Messiah, and to be alert for his Second Coming. Advent is a season of expectant waiting and preparation for the coming of the Christ. We are awaiting the celebration of the Nativity of Jesus, as well as His promised return at the end of the age.

Jeremiah 33:14-16 (NIV) "'The days are coming,' declares the Lord, 'when I will fulfill the gracious promise I made to the house of Israel and to the house of Judah. 15 "'In those days and at that time I will make a righteous Branch sprout from David's line; he will do what is just and right in the land. 16 In those days Judah will be saved and Jerusalem will live in safety. This is the name by which it will be called: The Lord Our Righteousness.'

The Jews waited over four hundred years and after over 2000 years, Christians are still waiting. The early church thought He would return in a few days. The Jews have been waiting for 3000 years.
It is in these times of waiting that our relationship with God faces its greatest challenge. Our faith in His promises begins to suffer.

If anyone knew about waiting for God it was Abraham. He obeyed God and waited for decades and never saw all of God’s promises fulfilled. The Apostle Paul was called by God to be the apostle to the Gentiles, but waited for over ten years before the Lord’s promise would be fulfilled.

Every Hero of the Bible was forced to wait. Moses spent forty years in Pharaoh’s palace learning about leadership, and another forty years learning desert survival. Only then was he able to free God’s people from slavery in Egypt.

What do we do while waiting?

How do we wait for God’s promises to be fulfilled? How do we wait for His imminent return? We often think that waiting is a passive activity, kicking back with our feet up, watching a ball game on the TV, and waiting.

Early Adventists predicted dates, got all their finances in order, and then went to sit on a mountaintop to wait.

Waiting for God is not standing still, it is:

In this Advent season let us all learn to wait in the same way that Abraham, Moses, and Paul waited for God’s promises to be fulfilled.

As we wait we must: