Flying into ’s , I could tell we were too low. We had just cleared a garbage scow hauling the trash out to sea with hundreds of gulls feasting on the cargo and circling as they sought additional treats. If our engines ingested a bird, we were dead.  We could see a variety of boats heading for home as a blanket of fog was quickly covering the area. I could no longer see the runway lights from my seat at the window. The Delta DC 9-31 turned sharply to port onto final approach to runway 27. I was worried. We are too low. We may not make it!. Now, the plane was now only a few feet above the inky black surface.

The plane suddenly veered to starboard then back on course. “Did we swerve to avoid something or was it merely a wind correction?”

The runway must be just ahead. It looks like we will make it. It was a weird sensation, this commercial jet was being flown like a fighter aircraft attacking an enemy outpost. Giving my seat belt an extra tug, I braced for the inevitable impact. Then we hit something. Like fingernails on a blackboard, the screams of bending metal shouted out. Loose items flew around the cabin, oxygen masks popped out from their storage places. Someone screamed. While we were still moving forward, the entire fuselage split open directly in front of me.

Then everything stopped. Dead silence! At a sporting event, people pause for a moment of silence in honor of people who have died. Then as suddenly as it began the silence was broken. Passengers screamed, sirens blaring and lights flashing announced the arrival of first responders.

I checked myself and found I was unhurt.  Releasing my seat belt, I got up and walked past rescuers as they burst through the gap in the fuselage.

Outside, looking back at the wreckage, I thought, “I had better take the train home.”

It always happened this way. 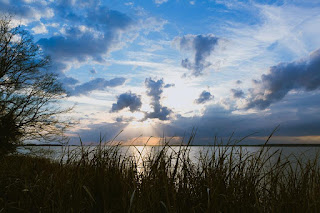 It was a dream, but so real that I could almost smell the smoke. To this day that memory is still vivid. I had this identical dream four times in one year. It always involved a commercial airliner in which I was a passenger, but different planes and in different cities.

This time the dream had a had greater significance. One week after I dreamt about it, Delta Flight 723, to , landed short of the runway in poor visibility, striking a sea wall about 165 feet to the right of the runway centerline and about 3000 feet short.  All six crew members and 83 passengers were killed. I had taken this same flight to every month for the past year.

After that crash, I took the train from my home in to almost every destination on the east coast and only flew when absolutely necessary. Near misses often bring on great fear, but the odds of another crash at the same place are astronomical. Fear causes us to rearrange our priorities and our activities. Fear limits our ability to accomplish what God calls us to do and will keep us from reaching our destiny.

We all fear many things. I am afraid of heights, bridges, rejection, and failure. Once, I climbed the 897 steps to the top of   Monument and then could not look out the tiny windows to see the awesome expanse of the National Mall.

As a child, I waited before crossing a bridge until a large truck drove across. If the truck made it safely, then I would sprint to the other side. In school, I was afraid to run for a class office in fear that I would not be elected. Fear causes us to avoid doing things causing us to waste the gifts God has given us.

The root of most of our fears is the issue of control. We are afraid because we are not in control. When I was young I took flying lessons and flew the company’s Cessna 172 on business trips from to , and . I was never afraid of flying in a small plane. It was only flying commercial that caused me a problem because I was not in the pilot’s seat.  If we are in control, we are not often afraid. It is when we are not in control that we begin to fear.


The intensity of fear is indirectly proportional to the feeling of being in control. That is; the more you feel you are not in control of a situation, the more fear you feel.

Since the issue of control is the root of most of our fears, there is a simple sounding solution.

We can overcome all our fears by accepting the fact that we are not in control, and trusting that the One in control really has our best interests at heart.

There is no fear in love; but perfect love casts out fear,
because fear involves torment.
But he who fears has not been made perfect in love.
1 John 4:18 (NKJV)

Fear is a result of not trusting God!

As we come to the Lord and make Him Lord of our life, we relinquish control of our life. This is simple to say but the actual working out is very difficult.

Posted by Bill Johnson - Aslan Ministries at 9:19 AM No comments: