Peace That Passes All Understanding

Last night I lay awake thinking about all of the events of the recent past. Terrorism throughout the world, wars in the Middle East, political infighting in this country, the economy and our personal and family issues. It was not a peaceful time. It was then I remembered that day in 1992, 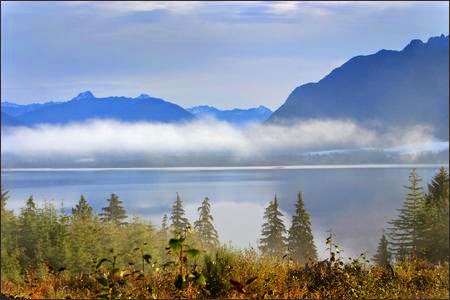 Rita and I had scheduled a well-earned three day vacation at Lake Quinault, a mountain lake in the rain forest of Washington’s Olympic National Park. The gauge at the lodge measured rain in feet rather than inches. Annual rainfall is around 10 -12 feet. On the days we were there, we had only bright sunshine.

Our cabin had no telephone, no television and no radio. Cell towers were scarce and we had no signal. It was indeed a time away. Our first evening we watched through our picture window as the golden sun set on the other side of the lake. The smooth lake surface was broken only by hungry trout leaping for low flying insects. It was so peaceful and relaxing. But, back down the mountain, the world was falling apart.

It was May 2, 1992. We left the world behind us and relaxed in our tiny cabin. The Rodney King verdict acquitting police officers of brutality had been released a few days earlier setting off riots in Los Angeles and San Francisco. More than fifty people were killed, thousands injured, and twelve thousand arrested. Over one billion dollars in damage occurred.

In Guadalajara Mexico, sewers were exploding because of lack of maintenance. In Chicago, the river broke through its bed and flooded city hall destroying vital records. It took years to restore and some vital records were lost forever. The Soviet Union was splitting open and the residents of Nicaragua were recovering from a large earthquake. 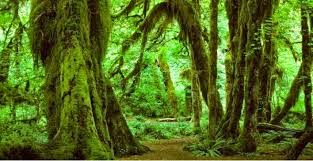 That was a million miles away from our lakeside retreat. After the best sleep in months, we got up, purchased trail mix and water, and set off on a hike through the legendary rainforest. The walking was easy as the under-brush was thin and the trail well marked. Beams of sunlight occasionally penetrated the dense canopy of old-growth hemlocks and cedars. It seemed we were totally alone.

We had encountered no one on the trail and only the soft whisper of a breeze or the sound of an animal scampering away broke the stillness of the place. At noon, we stopped by a waterfall and ate sitting on a bench watching the snow melt pour over the rocks down to the lake, and then to the pacific ocean.

That night I wrote in my journal the phrase “Peace that passes all understanding” kept going through my mind and I thanked God for His respite in a crazy world. Closed the journal, I sensed the lord say, “this is not the rest I am talking about.” He continued, “it is easy to have peace when you are away from all your cares.  That is understandable.  But my rest is having that same sense of peace when you are in the middle of the trials and tribulations back in the world.”

There is another way. Find out which piece of the problem God has assigned to you and do only what you are called to do. Only then you can be at peace.
Posted by Bill Johnson - Aslan Ministries at 9:48 AM No comments: