Do you really want to hire a superior performers? 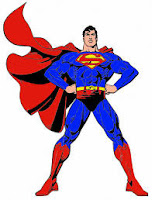 Do you really want to hire superior performers? This may seem like a strange question, but there are

certain issues that must be considered.

Laurence Peter writes in The Peter Principle, "These cases illustrate the fact that, in most hierarchies, super-competence is more objectionable than incompetence. Ordinary incompetence, as we have seen, is no cause for dismissal: it is simply a bar to promotion. Super-competence often leads to dismissal, because it disrupts the hierarchy, and thereby violates the first commandment of hierarchal life: the hierarchy must be preserved.

Jack walked into the basement laboratory of a major telecommunications company at two AM on a Saturday morning. He was an imposing figure at six feet tall, well over three hundred pounds, and dressed in a tuxedo. It was Chicago in the late sixties, and we were testing an electronic switchboard for compliance to military security requirements.  Jack was the project manager of the systems which had just failed compliance tests. That was the beginning  of what became a long and interesting relationship.

Over the next several months we worked together to resolve the project issues. Jack became a friend, professionally, but he led a very strange life. A brilliant individual but often a disruptive influence. When the project was completed we went our separate ways.

Ten years later we met in New Jersey, stillJack was still employed with the same firm, but now held a substantial management role. I wondered about his success because of his often coarse behavior and his total lack of political correctness. He has noty changed. Still overweight, he grabbed me in a bear hug so strong I lost my breath.

Then he broke out in laughter, “I got to tell you what happened the other night. I was in a saloon and a fight started. As I was swinging away, this guy comes down the stairway behind me and was ready to jump me. I saw him as I turned and swung and hit him right on the jaw. And guess what? I knocked him right out of his shoes. His shoes were still on the stairs when he landed against the wall.”

After quick lunch in the company’s executive cafeteria, we walked back to Jack’s massive office. As he sat down, tears came into his eyes as explained that he had recently lived out his lifelong dream. He had played classical guitar at the iconic Carnegie Hall in New York City. In addition to being a bar room brawler and electronics company executive, Jack was an accomplished classical musician.

The next day Jack was among the missing. Instead, his secretary informed me that Jack had worked all night and left pages of instructions for her. One of the instructions was an itinerary for me to meet six different engineering managers to evaluate how we might be mutually beneficial. What an interesting person.

Jack is what is known by organizational psychologists as a “Superior Performer.” Everyone knows by experience, and objective studies have confirmed, that there are great differences in the effectiveness of strong producers with the same apparent skills and abilities. Some are capable but not exceptional people who simply work very hard, while others in the top twenty percent are “Superior Performers.” This defined Jack to a tee.

Superior performers have the energy and personal resources needed to take on demanding responsibilities. Their capabilities are likely to exceed the demands of almost any job. Sometimes they are referred to as “Young Turks” because they are frequently controversial and seem prone to trouble. This kind of person needs direct challenges rather than security. They need heavy responsibility rather than support and guidance. The superior performer is not superhuman and not as rare as one might imagine. Almost every organization of any size will already have a few superior, or potentially superior, performers on the payroll.

The problem is that if they are not in a position where they have the freedom to utilize their resources, their capabilities are often unrecognized by management and even, surprisingly, by themselves. The superior performer may not know himself well enough to understand his capabilities. His very nature keeps him from being able to apply himself well to a job that requires less than his fullest effort. In a position where he cannot extend himself, he becomes frustrated, begins to doubt his abilities, and is very likely to appear as the least likely to mark for advancement.

As a subordinate he tends to resist authority, often fails to attend to routine details, and plays games with his job and practical jokes when he becomes bored. He would be the one that sets fire to the waste basket. His single-minded search for an interesting challenge is likely to carry him over into other people's areas of responsibility. He may be seen as being after everyone's job. Not infrequently, he stimulates hasty conferences aimed at deciding what to do with him. Admittedly, such a person may turn out to be little more than the total of his faults - a pain in the neck for everyone - but he may also prove to be almost immediately capable of top-flight performance if given the opportunity.

Organizational psychologists have found through testing and counseling this type of person that he tends to possess a fairly specific pattern of characteristics. It isn't difficult to identify someone capable of making really significant contributions to an organization. The real problem is that of channeling and controlling his talents while at the same time giving him his head. The following items are the general characteristics of the superior performer:

Any organization which is genuinely interested in securing and utilizing people of the caliber described above has considerably more than a recruiting problem to deal with.

This post was excerpted from my recent book  Disorganize or Bust
Get a copy of the entire book at aslanpress.com/

Posted by Bill Johnson - Aslan Ministries at 11:27 AM No comments: