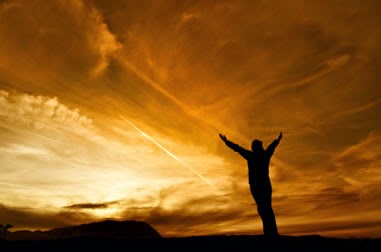 For years, pastors and church leaders in main line denominations have watched their numbers decline while newer movements with contemporary music and a less formal ministry style are growing rapidly. So they change their music and the style of worship and find that they are still not growing, plus they have alienated some who liked the older music and the previous style. It is not about programs, music, and ministry style. It is about changing the value system. Values systems are at the core of what we do.

On a routine flight from San Diego to Oakland, my value system was turned upside down by a simple two square foot package stowed in the overhead compartment. We had reached cruising altitude and flying directly over Los Angeles International Airport, when the captain came over the public address system and announced that we had to return to San Diego because they suspected a bomb had been placed in an overhead compartment on our plane. After landing back at Lindbergh Field in San Diego, we taxied to the far point away from the terminal where we were met by an armored vehicle with San Diego Police Department Bomb Squad emblazoned across the side. Two men in full body armor boarded through the tail ramp carrying a large steel crate. Removing a package from the overhead a few rows behind me, they put it in the crate and left the plane. Our plane taxied back to the runway and we proceeded on to our destination. The captain was unable to get any more information from the ground regarding the incident, and I never saw anything on television, but my core values were changed forever.

Up to that point in my life my core values were success in life and my career. Suddenly my meeting in Oakland became unimportant. After checking in to my hotel, I spent the rest of the afternoon on my knees re-evaluating my values, my life and my future. As the sun set that evening, I had a new identity. As a Christian I had earlier turned my life over to the Lord, but now it was different. I now understood that this life was merely transitory and my spiritual life was now paramount.

Changing programs, music, and ministry styles result in merely superficial changes which do not last and often cause friction and conflict. Changing value systems results in true and lasting change, but is the most difficult to accomplish. It requires a new way of thinking, a new sense of what is important. That is why new church plants are easier to accomplish than changing the value systems of an established church. New churches start off with a new set of values.

Leaders of existing organizations can change their core values by casting a new vision, a new identity and a better future. The change of values will only come over a period of time as the vision and identity become a fact. The people must see regular progress in the organization becoming, and the vision becomes a reality.

Posted by Bill Johnson - Aslan Ministries at 10:12 AM No comments:

"No man can put his foot in the same river twice" 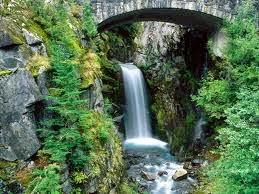 Whether we like it or not change is inevitable. Things are going to change. Greek philosopher, Heraclitus [1], quoted often by Plato and Diogenes, was known for his doctrine of change,

“No man can put his foot in the same river twice, … Everything flows, nothing stands still, …Nothing endures but change.”

As much as we want things to remain the same, they will change, like it or not. We age, people are born, people pass on, our lives are constantly in flux. Economics, international conflicts, geophysical incidents, and political factors keep changing and they all impact the stability of society,commerce, and the church. Leaders must always anticipate and be prepared for changes which effect their organizations. The wise leaders must be more than an organizational maven. They must be able to respond to the changes which are inevitable. For information on leading when finances are uncertain you can find resources at Aslan Press

As a prophet, leaders must anticipate all issues which could impact the organization. You may call it intuition, understanding the times and seasons, or hearing the voice of God, but a good leader cannot merely react to events. By the time you react, it is too late. Organizations that merely react to the world around them will forever be followers. They may have a modicum of success but they will never be true leaders in their fields. If you are skeet shooting, you cannot aim at the clay pigeon, you must anticipate where it will be when the shot arrives. While the arc of the clay and the trajectory of the shot are easily figured by an expert skeet shooter, not all of the changes which effect your organization are as easy. However the leader must realize that things will be changing and prepare contingency plans.

Flexibility is not to be equated to being wishy-washy, it is the ability to bend without breaking. There is always a limit to how much we can bend before we break. No matter how good you are at reading the future, there will be times when a change occurs that was not anticipated and you have no contingencies. While a change may take you by surprise, you must be able to roll with the punch and still stand.

Flexibility imparts power. In the early days of pole vaulting athletes were limited to their own physical abilities. As vaulting poles became more flexible, vaulting records were broken. Golf clubs with flexible faces impart greater distance to the drive. As we age, our bodies become less flexible which results in pain as we are stretched. As organizations age, they often become less flexible. New church plants can change worship styles, facilities, and programs easily while large established churches are more rigid. That is why it is often easier to start new churches in order to reach a younger generation than it is to change older ones.

Obviously there may be issues where rigidity is an asset, but remaining rigid in the face of changing winds may result in breakage.

Being unshakable may seem to run in the face of flexibility, but my use here is to stay the course. Each organizational leader should have such a powerful purpose or vision of what he is trying to accomplish that that vision is not deterred by changes in the environment. Several years ago when I moved to a new city to become pastor of a newly planted church, the Lord gave me a vision of what He wanted me to accomplish. After the first three years we only saw a small part of the vision emerging. While frustrated with our results, we did not know anything else to d than stay with the plans and vision. After a couple of more years, everything in the vision had been accomplished accept one thing. We had remained true to the initial vision while changes kept coming against us.

Accept the fact of Change

Heraclitus also wrote: "The only thing constant is change itself."