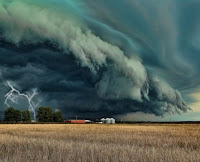 I don’t know about you, but I am in crisis overload. The TV news hits us with news of the mishandling of the Afganistan,situation,  hurricane Ida’s destructive march through Louisiana, Mississippi, and parts north and east, and the latest COVID-19 statistics. 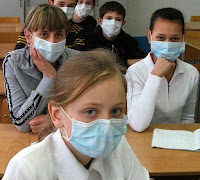 Then last evening we heard our grandson has tested positive to the disease and his father is awaiting the results of his test, and my wife, Rita, woke up last night with severe pains that she had never experienced before.

Is it enough to cause one to wonder, “Where is God?”

But, having reached this ripe old age, I have not only God’s word to fall back on, but also life experiences that convince me of God’s love and give me peace in these desperate times.

The Lord has pulled, pushed, and carried me through storms that resulted from my stupid blunders, those of others, and the fallen nature.  I know

He is in still in charge.

The first time I ever heard God’s voice was many years ago, when I was at the lowest point in my life, and wanted out. My life was in turmoil. I was sliding deeper into a pit of destruction and didn’t know what to do. Laying in bed that night,  I cried out to God for help and to tell me what I should do to break free. He immediately answered my prayer with three words.

The Lord doesn’t always speak clearly or in an easily understood way, but there was no doubt what He wanted me to do - Nothing,just trust Him o work things out.

Several years earlier, in the midst of a late Friday night bowling match, my sixteen pound bowling ball fell off the rack landing on my big toe. On Saturday, I played a round of golf standing on one leg. By Monday the toe had swollen so much I cut the front out of an old shoe so I could go to work. Seeing the condition of my foot, both my boss and my secretary insisted I go to the hospital immediately.

At the ER, they took X-rays of the damaged digit and set me in a large, darkened exam room. As my eyes adjusted to the darkness, I noted a series of light boxes along the left wall. Soon the technician came in with my x-ray pictures and stuck them on the light boxes, so they were clearly visible.

Important questions came to mind. What would be the treatment for a broken big toe? How big a cast would be required? Could I still work? Could I even walk? My thoughts were interrupted as three interns came in, examined the X-ray pictures,  snickered among themselves, marveled at the dangers of bowling, and walked out unsuccessfully trying to hold back laughter. Later, a few more came with the same reaction - serious examination, giggling, and departing without a word to me. Twelve different interns and three nurses examined my X-rays without even acknowledging my presence.

After what seemed like hours of impatient waiting, the doctor came in, checked the X-rays and sat down across from me. Without saying a word, he grabbed my foot in his two hands, put both thumbs on my big toe and squeezed. That pain was several orders of magnitude worse than that of the bowling ball’s impact, which had been somewhat anesthetized by consumption of adult beverages. He put a Bandaid on the toe, gave me his business card, and told me to come see him in three weeks.

Stunned by the total lack of medical care, I asked, “but, what about the toenail?”

“Don’t worry. It will fall off by itself in a short time.”

In God’s three word response to my prayers, The Lord was telling me, “Don’t worry, your problems will fall,off by themselves in a short time.”

Within two months, I accepted a new position, moved half way across the country, left my problems behind, and started a new life.

God acted on my behalf and told me not to worry.

Today, while the world is spinning out of control, I am confident that God is still on His throne and He will lead each of us through whatever crisis we face.

I realize that each one that is reading this message is facing things they never expected, the loss of a loved one, major surgery, test results which might change your world, a deadly disease, or some other obstacle to your peace. All I can say is God will bring you through this time and He is saying to you,

“Do not worry, I will see you through this and it will be only for a season.”