Before there was the “Dog whisperer” on television, there was the Horse whisperer. Monty Roberts was raised in the horse business. He learned that there was one way to train horses - by “breaking” them through domination and force which at times included striking the horse with whips or tying and suspending the horse’s feet and legs. The trainer would impose his will upon the animal until it reached the conclusion that total submission was the only way to survive. 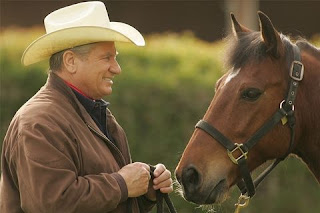 In his early teen years Roberts began to study the behavior and communication patterns of wild mustangs in the badlands of Nevada. He took note of the nonverbal communication among the horses, their body language. He named this kind of horse language "Equus." Drawing on his observation and firsthand experience with horses, Roberts developed a breakthrough training technique that he called “hooking on to” rather than “breaking down” the horse’s will. This new training method was based on a concept he eventually trademarked “Join-Up.”

“Join-Up” not only stopped the “breaking” practice of traditional horse training, but it demonstrated how to cooperate with the horse’s own spirit, ways, and means of communicating as a member of the herd. His techniques laid the platform for a partnership between horse and human rather than a coexistence through domination. The personality and full potential of the horse emerge through a loving freedom and desire rather than domination and infliction. Join-Up relies on invitation rather than imposition.

The Join-Up technique invites an untamed horse that has never been ridden to willingly accept the saddle, bridle, and rider. It is a thing of beauty to watch. Monty Roberts enters a round pen with a wild horse. In as little as half an hour, he’ll be riding the horse. Roberts creates an atmosphere of mutual respect that communicates, “I’m not going to hurt you, and you don’t have to follow me if you don’t want to.”

After a brief period of introducing himself and interacting with the horse comes the moment of truth. 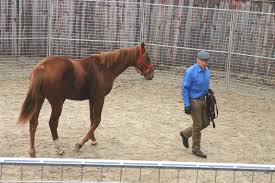 Roberts turns his back to the animal and walks away. At this point the horse trains her eyes on Monty with all-out intensity and attention. She is asking herself, Where is he going? and Do I want to stay by myself? The horse must choose: I want to be with you. I want to join up and follow you on the way. She quickly decides: my safe place is with you. Dropping her head (equine language for “I submit to you”) and trotting to Roberts’ side, the horse says, “I choose to follow. I want to be with you.”

That is the Jesus way. Jesus did not come into this world and command us to submit to Him. He came into this world showing us what true love is all about and inviting us to walk along side Him. The Jesus way is our cooperation with Jesus’ “Follow Me.” This is Jesus’ call to all of us.

What do I want to be when I grow up? I want to follow Jesus, I am working on it, but what does it mean to follow Jesus. The Greek word translated “follow” is most often rooted in the word for “road.” There is an ancient African phrase, “Will you walk with me?” It doesn’t mean a stroll or short jaunt around the corner. It means to enter another person’s world, to join his or her journey. To walk with Jesus does not mean to travel behind or in front of but beside him. To follow Jesus on the way doesn’t mean to fall in behind him in a directional sense but to be caught up in what he is doing. Discipleship is the art of being a pilgrim - the artistry of following Jesus. It is to be caught up in what God is doing in the world today.

Imagine you opened your e-mail in-box and discovered you had received an invitation from some superstar - maybe Phil Mickelson - “Come, be with me, and I will teach you everything I know about golf.” Or maybe you would get a call from someone like Bill Gates who wants you to walk with Him and learn how to become successful in business. For those of you who love to sing, what would your reaction be if you received a phone call from Celine Dion, asking, “Will you come and stay with me for a couple of years? I will teach you to sing like me”? For aspiring writers, how incredible would it be to answer a knock at the door and find Maya Angelou inquiring, “Would you like to hang out with me and learn how to write?”

“When Jesus summoned people into the way, he was inviting them to share a purpose or path (the way), a new set of relationships (the truth), and the beauty of community ( the life). If Jesus is the way, the truth, and the life, then His way must be our way, his truth must be our truth, and his life must be our life.” [Leonard Sweet]

“The Jesus way wedded to the Jesus truth brings about the Jesus life.” [Eugene Peterson]

First, we must choose to get on the journey with him—trust him as the “Way.” We realize we want to be with him, to submit to His leadership. The first followers of Jesus were known as those who belonged to “the Way.” They had a way about them. Theirs was not just a shared system of belief that included religious traditions and mystical idiosyncrasies. There were plenty of sects in Jesus’ time like that. But something was different here. These people had a way about how they went about their lives, a way of being that had not been witnessed before. There was something very different about the way these people treated one another, - both insiders and outsiders.

Dictionaries define the word “way” variously—as a habitual manner or characteristic, a method, a direction or vicinity, a passage or path. All of those definitions capture parts of the essence of following Jesus. But followers of Jesus don’t just submit to Jesus’ codes and conduct. They don’t just join him in following a certain path, live in his voice, practice a certain presence from earth to eternity. Most important, the path with Jesus leads to Jesus; the path of life leads to life.

Second, we choose to answer the question, what is truth? This was Pilate’s world-weary question to Jesus, but Pilate was staring in the face of Truth and didn’t know it. Jesus is the Truth, for truth is a Person,not a principle. This relational view of truth contrasts starkly with the world’s way of thinking and demands more than mere intellectual assent. It requires obedience. A follower of the truth is one who follows upon, who trusts and obeys One who is Truth.

Third, we begin to get a life, not a half-life, not term life, but whole life. We learn to re-frame our living based on always pilgriming and always sharing life with Jesus so that “it is no longer I who live, but Christ who lives in me.” A wayfarer of the life is one who follows so closely that his or her life aligns with the life of the Leader. Note that this template is not only sequential but also simultaneous. We are always on the way, we are always learning more and more about the truth, and we are always gaining more and more of that abundant life Jesus talked about in John 10:10. To follow Jesus is a way - a belonging; is a truth - a believing; is a life - a behaving. It is to have a mission, to be in relationship, to live an incarnate, abundant life.

What does it take to be a Courageous Follower of Jesus:


Jesus is summoning you:  “Come, follow me. Come, be with me, and I will do more than teach you the way to live your one and only life. I will give you life.” 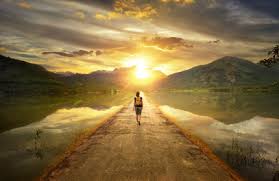 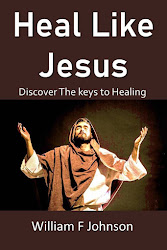 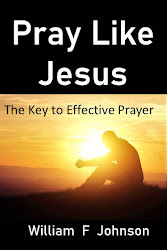