Do you really want to get well?

John 5:6 (NKJV)  When Jesus saw him lying there, and knew that he already had been in that condition a long time, He said to him, "Do you want to be made well?"

Neil was the pastor of a small church back in the mountains east of San Diego. Recently divorced, Neil had a long series of physical, emotional, and spiritual problems for several years. He was seeing professionals for his condition, but Rita and I had been providing prayer, counsel, and emotional support through much of this time. With all this, Neil was not getting any better and in fact it appeared he was falling deeper into depression and failing physically.

On a Friday evening in late fall we were joined by another couple as we drove up to Neil’s for another ministry session. His house was in a densely wooded area behind his church. Our meeting went like all other meetings with Neil; a few small breakthroughs, prayers for forgiveness, healing, and deliverance prayer. We sensed no real change until I stopped and asked Neil a question we had never before considered. “Neil, do you want to be healed?” The question was not asked in desperation or anger, but it was simply put,

“Do you really want to be healed?”

The question caught us all, including me, by surprise. We could tell that Neil was giving it serious thought. After what seemed like ten minutes, but was probably only one or two, Neil gave us his answer.

As a result, Neil decided that it would be better for him to be healed of all his infirmities and return to an effective life and ministry than to continue on the downward spiral. We all agreed that we would help him follow up on his decision. Neil is now remarried, living a healthy life, with a flourishing ministry. He has been healed of all those infirmities.

As we walked out Neil's front door that evening many years ago, we walked down the three wooden steps to the pathway, I heard something crunch under my foot. The single light bulb above the door gave me enough light to see what I had stepped on. A now dead scorpion had been lying in wait for us as we left the house.

Luke 10:19 (NKJV) 19  Behold, I give you the authority to trample on serpents and scorpions, and over all the power of the enemy, and nothing shall by any means hurt you.

The question we asked Neil is one to ask ourselves. Do I really want to be well?

Posted by Bill Johnson - Aslan Ministries at 4:15 PM No comments: 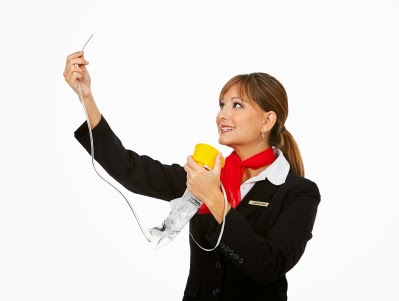 On every airline flight throughout the world attendants welcome the passengers aboard with a flurry of announcements. The most important is the safety announcements which mostly ignored by frequent fliers. No matter how creative the life jacket and oxygen mask demonstrations, they are generally met with apathy. But, if you will listen very carefully you will discover the single most important principle which may save your ministry and your wellbeing. The demonstration of proper oxygen mask attachment is followed by this instruction,

“If you are traveling with someone who needs your assistance, put your mask on first before you help them.”

This statement should be placed on the mirror every care giver; nurse, doctor, pastor, parent or anyone responsible for the physical or spiritual care of others. You will not be able to help others if you are dying or impaired by oxygen depletion.

Luke 4:23(KJV) And he said unto them, Ye will surely say unto me this proverb, Physician, heal thyself:

We can safely say that there are many throughout the world who ignore this principle to the detriment of themselves and also the people they are called to serve. This is a major reason why ministers of all types find their calling so difficult. My first few years of ministry were overwhelming. There were so many calls on my time and needs for compassion that I became burned out and discouraged. I was recently introduced to the term “Compassion Fatigue.” Compassion fatigue can result from internal and external factors.

“Most churches are dysfunctional and most pastors are co-dependent”[1]

There are many who go into ministry because of their own needs, rather than an altruistic desire to serve others. They may have a great need to be loved. They believe that people will love them if they minister to their needs. They think to themselves, “If I take care of people, they will love me.  I will be loved and accepted.” Ministers with this deep need to be loved are very susceptible to burn out. They are driven to give but do not put boundaries on their giving.

Another factor is the attraction to ministry of people who have a strong desire for control. While spiritually deadly to both the pastor and the church, there seems to be a great number of control freaks in ministry today. This is often the result of an Obsessive-Compulsive Disorder (OCD). Cable television viewers were treated to the ultimate OCD in the character of Adrian Monk portrayed so well by Tony Shalhoub. Needless to say most OCD's don't get that far out, but many of us will pat our pocket to see if the wallet is still there or the wife who calls her husband three times to remind him to stop at the store.

The Bible contains many OCD’s. Mary and Martha were friends and followers of Jesus. Martha, (the OCD)[2], considered the project of having the Savior for dinner more important than acknowledging the Person of Jesus Christ. She labored far too hard over the project and criticized her sister Mary who was sitting at Jesus’ feet. Martha felt motivated to control Mary as well as Jesus.Moses, another OCD, experienced a miracle[3] as God produced water from a rock. Later God told Moses to speak to the rock to receive the water.[4] But Moses decided he would strike the rock with his staff as he had done previously. This is a prime example of an OCD in action.

Another internal factors that affect pastors is; the very people to which they are ministering can be very hurtful. Hurting people hurt people. The old adage,”Sheep bite.” is very common. Ministers, by definition, provide care for individuals who often do not receive that care graciously. Anyone who has been in ministry for more than a few years knows what it feels like to be hurt by someone you are trying to help.
A hurting minister will begin to set up defensive walls. Over a period of time this may result in what John Sandford[5] refers to as a “Heart of Stone.”[6] There are two kinds of hearts of stone. The first kind is very obvious; it is the hard hearted person who does not care about anyone or anything except themselves. We say, “His heart is so hard he will never help.” Secular counselors and medical personal are taught to not become personally involved in their client or patient’s issues. But those in Christian ministry we need to care deeply for the people we serve. As a result the minister cannot always maintain a objective attitude.

There are also external factors which rob pastors and church leaders of their joy in ministry. First, there is so much demand upon them. The number of people in the church, in the city, and in his family that need ministry can be over-whelming.  You then expand this to your area, region, nation, and the world. Jesus said; you will be my witnesses in Jerusalem, Jerusalem, and in all Judea and Samaria, and to the ends of the earth.[7] If someone is at all conscientious about this call, he carries a heavy load. Ministers must come to realize their specific call and do only what God calls them to accomplish.

Another external issue which faces ministers is contentious parishioners. If a leader wants to make changes, he must realize that where ever there is movement there will also be friction. Friction plus movement equals heat. A Boy Scout with two sticks can create a bonfire. A disgruntled member, with two allies can create a lot of heat for the pastor.

Then there are those people who a pastor or minister can never satisfy. They may have been wounded by a previous pastor or a previous church and they are still angry and bitter. They will spill out their hurt on the current pastor who wonders where he went wrong. While it may seem to be personal with the current minister, it is not. They were hurt by a former pastor or church member. They are only taking their hurt or frustration out on the current leader. Ministers cannot take these actions personally.
All pastors should learn how to handle conflict. 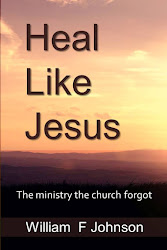 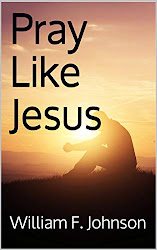