[ I originally wrote this article in 2003, but felt it is worthy of repeating 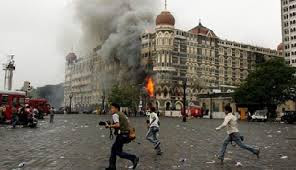 I grew up realizing that all of my actions had consequences - some were good and some bad.  It was a simpler time.

loved to go in and scare the chickens.  It was fun to watch them squawk and fly away as we invaded their privacy.  Once, a chicken flew into a window that was not open, breaking the pane and causing a cut on the chicken's leg which bled profusely. We tried to sneak quietly away, but got caught. Before I got home, my grandfather was waiting for me ready to mete out a stiff penalty.  We had to pay the consequences for our mischief.

every time I did something bad, I got caught and had to pay the consequences. Cheating in school was not an option. I was a terrible liar, so I always got caught.

he thought of consequences was a strong deterrent to bad actions. I had heard gruesome stories and watched those dark videos in school about the consequences of sexually transmitted diseases, and that was before AIDS became common.

The deterrent for bad behavior was that you would always be caught and then there would be consequences to pay.

Our society has changed. Today there is a laxity in enforcing the rules and even civil law.

Now imagine a basketball or football game without referees. And you can visualize the problem. The biggest or meanest kid wins.

Several years ago, a new police chief came to town to try to make a dent in the growing crime rate.  One of his first orders was to enforce all laws, including the speed limit on the during the morning rush hour.

You could hear the squawks of all those decent citizens, “We hired you to put an end to the growing crime rate, not bother us upright citizens.”

What the people didn't realize was that upholding the law does not mean to let lesser kinds of lawlessness pass and then stop it when it gets violent.  If there is no consequence to a minor infraction, people will continue to push the envelop until they get stopped and have to face consequences.  Once you go too far into lawlessness, it is difficult to stop.

Today we are fighting Islamic fundamentalist terrorism on our own shores. Suicide bombers do not mind blowing themselves up as long as they take people with them.  In their mind, the consequences for their actions are a blessing in heaven.

Changing people is not accomplished by allowing them to escape the consequences of their actions, but by ensuring that there are consequences.

Posted by Bill Johnson - Aslan Ministries at 4:16 PM No comments: 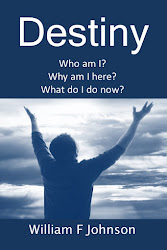